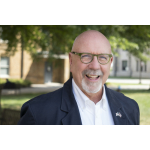 After considerable fact-finding and deliberation, our Board of Directors voted to transition from a hybrid event this year to an entirely virtual one.  The risk to our members’ health was one we simply could not take, particularly with Florida being one of the primary hot spots in the nation.

This year’s event, planned in coordination with Global Advances in Business Communication (GABC), will remain scheduled during the same week planned for the hybrid event: October 18-23.  The Conference Leadership Team will contact you shortly about the necessary changes for those of you who had planned to attend in Tampa.

The Board of Directors also had to consider a second question regarding our contract with the hotel in Tampa.  To preserve capital and avoid a significant penalty for cancelation, ABC’s Board decided to hold the 2022 annual conference in Tampa at the Grand Hyatt during the week of October 3-8.  We expect that event will also have a virtual component—meaning in 2022, the event will be hybrid, with the in-person portion running from 5-8 October.

While we expect some of you will be disappointed, we hope that most of you who had planned to attend in person will join us virtually.  We plan to have a vibrant, online event this year that will be as interactive (if not more interactive) than last year’s conference.

Thank you for your continued support.

On behalf of ABC’s Executive Committee,

Get ready to reconnect and re-engage…registration for ABC’s 87th Annual International Conference is now OPEN!
ABC has a new SIG - The 4C's SIG!

Are you interested in helping ABC continue to build a presence at the Conference on CollegeComposition and Communication, the largest academic organization in the field of rhetoric and composition and...
Seeking Volunteers and Conference Submissions

Thank you to our members for the great response so far to our Call for Volunteer Reviewers for the ABC Annual International Conference.  To be a volunteer reviewer, Click Here ...
P.O. Box 304, Natural Bridge Station, VA 24579-0304
Copyright © 2022 Association for Business Communication. All Rights Reserved
All material, files, logos and trademarks within this site are properties of their respective organizations.
Contact